Stephanie Syjuco’s three-part installation at the BMA examines how images construct and fortify white supremacy and exclusionary narratives of history and citizenship. Installed outside of the Museum, To the Person Sitting in Darkness (2019) reinterprets the U.S. flag based on Mark Twain’s 1901 essay for the North American Review that condemned efforts by Western nations to lay claim to the non-Western world. Twain remarked, “And as for a flag for the Philippine Province,... [w]e can just have our usual flag, with the white stripes painted black and the stars replaced by the skull and crossbones.” Syjuco has constructed the flag on a grand scale exactly as Twain described it.

She Knew Where She Was Going: Gee's Bend Quilts and Civil Rights

Gee’s Bend, Alabama, is home to generations of extraordinary Black craftswomen whose quilts represent a crucial chapter in the history of American Art. Since the early 1800s, women of Gee’s Bend have transformed worn clothes, sacks, and other fabric remnants into patterns that surpass the boundaries of the genre. Born out of necessity, the quilts provided warmth for family and friends while bearing witness to shared knowledge passed down among quilting groups and female lineages.

Lisa Yuskavage: Wilderness, co-organized with the Aspen Art Museum, brings together more than 15 lush paintings that show the artist’s expansive treatment of landscape through dexterously crafted compositions that tantalize the eye and beguile the mind. Over a career now spanning 35 years, Yuskavage has produced paintings that are ebulliently colorful, unabashedly explicit, and epic in ambition—and yet elusory in their meaning. Since roughly 2007, the vastness of nature has played a significant role in her most ambitious large-scale paintings. Rather than simply depicting landscape elements, her expansive canvases imagine entire worlds that are both highly detailed and vague in implication, inviting viewers to consider the mysterious societies she has conjured.

This exhibition features film, photography, and sculpture that bookend American artist Sharon Lockhart’s 10-year engagement with a group of children in Poland. The film Podwórka (2009) marks Lockhart’s first encounter with the Polish landscape and the children who inhabit it. A series of fleeting interludes within city life in Łódź, Podwórka is both a study of a specific place and an evocation of children’s resourcefulness. Among the children Lockhart met was a young girl, Milena, who became a friend and collaborator over the next decade. It was through Milena’s desire to tell her own story that Lockhart began working with a group of young women in the Center for Sociotherapy in Rudzienko, where she created a series of workshops and projects empowering them to find their own voices.

Tschabalala Self: By My Self

Over the past five years, Tschabalala Self has emerged as one of the most significant artists reinventing figurative painting. In By My Self, the BMA presents 15 paintings, from 2016 to the present, alongside two related sculptures that reveal the depth, intricacy, and singularity of Self’s formal strategy and techniques for investigating the iconographic significance of the Black female form in contemporary culture. Among the featured works are a new suite of three paintings of a female couple created in response to Henri Matisse’s sculpture Two Women (1907–08; originally titled Two Negresses) in the BMA’s collection.

Katharina Grosse: Is It You?

German artist Katharina Grosse’s exuberant large-scale, in-situ paintings explore how and where a painted image can appear in our lives. Often painted directly onto and across architectural structures and objects or into landscapes, her extraordinary, colorful works invite visitors to engage with painting on both a visual and a physical level.

For this exhibition at the BMA, the internationally acclaimed artist has created a new site-related environment, Is It You? The expansive installation has transformed the central gallery in the Contemporary Wing by partially suspending cloth from the ceiling, creating an enveloping “room” with undulating walls. Grosse then spray painted the fabric, allowing the paint colors and the shape of the fabric to combine to form a vibrant and immersive experience for visitors.

Adelyn Breeskin: Curating a Legacy explores Adelyn Breeskin and her extraordinary career as BMA Director from 1942-1962 through archival materials and examples of the beloved works the Museum acquired under her curatorial vision and leadership. Throughout her 32-year career at the Museum, beginning with her tenure as the BMA’s first curator of prints in 1930 and, later, the museum director, Breeskin secured the renowned Cone Collection for the BMA and accomplished countless other achievements, including commissioning the U.S. Pavilion for the 1960 Venice Biennale.

Henry Moore and The Pre-Columbian Past

In 1921, a young Henry Moore (British, 1898-1986) walked through the doors of the British Museum and encountered the stone carvings of ancient America for the first time. Moore was attracted to what he called the “stoniness” of the artworks, their “truth to material,” and sought to emulate this in his own work. As an art student in the early 1920s, he obsessively sketched hundreds of these works to learn how to approach three-dimensional form. 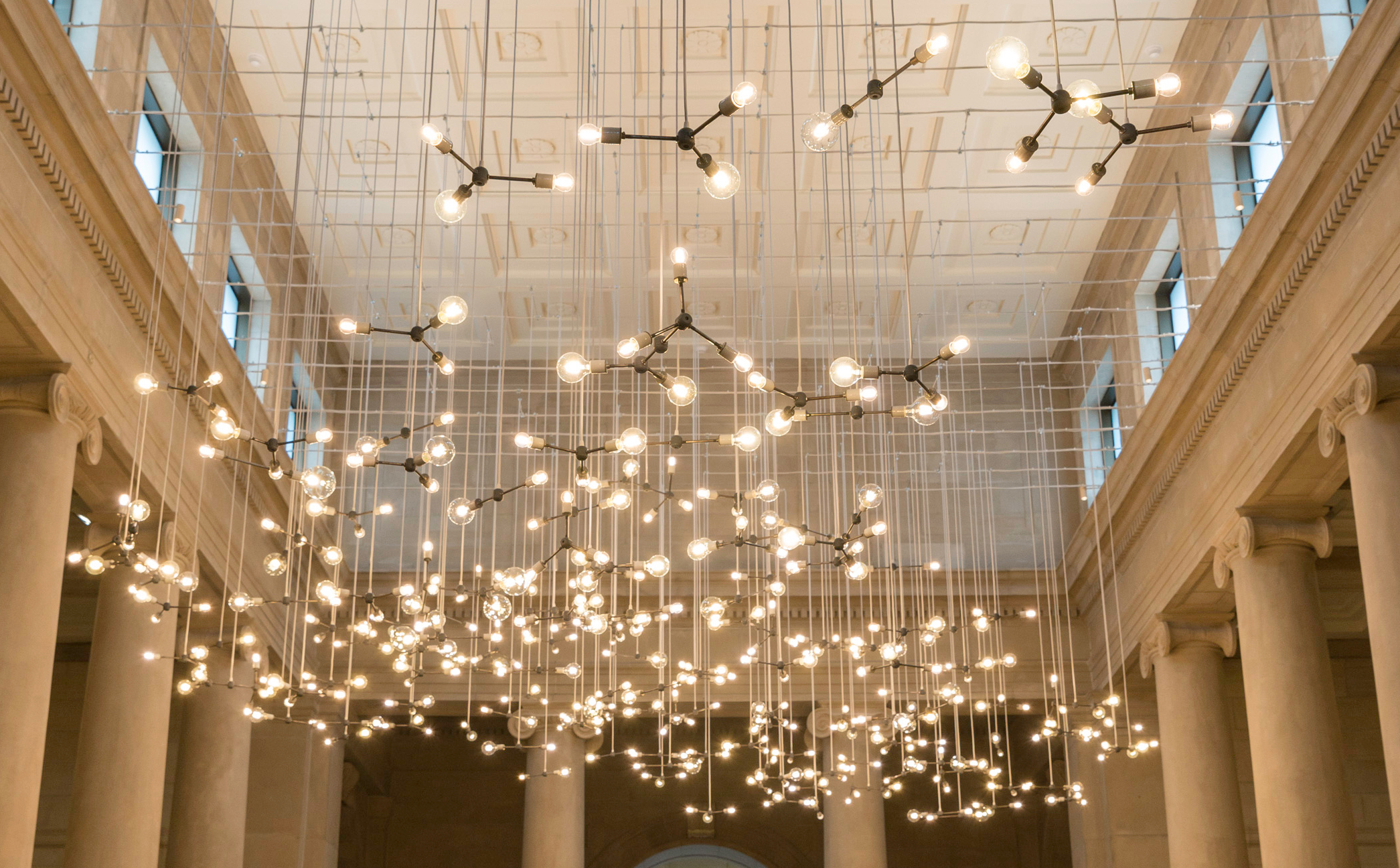 Moon Dust (Apollo 17) is on extended loan from the collection of Joanne Gold and Andrew Stern, who are generously sponsoring its presentation at the BMA. 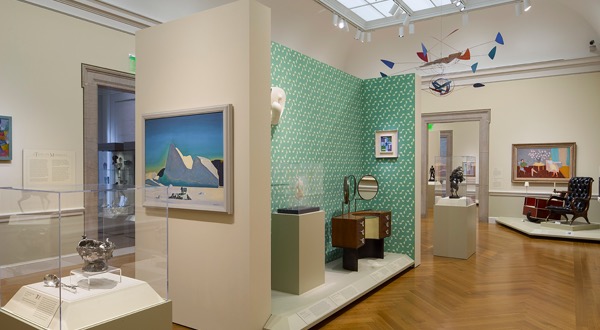 The American Wing includes more than 800 paintings, sculptures, and decorative arts that explore the international character of American art and Baltimore's position as a major center for art production and foreign trade from the late 18th century forward. 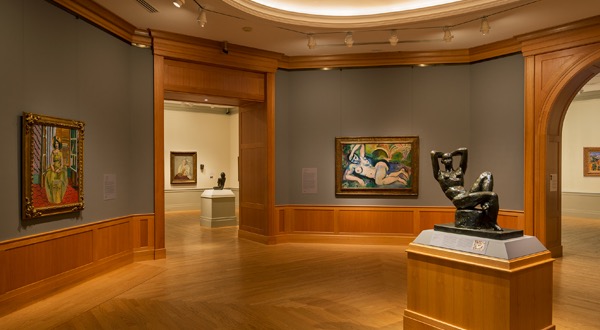 The Cone Collection of modern art is the crown jewel of the BMA, featuring works by Matisse, Picasso, Pissarro, Courbet, and Degas.

Collected by Baltimore sisters Claribel and Etta Cone from the early-mid 20th century, the Cone Collection is one of the world’s most important art collections. 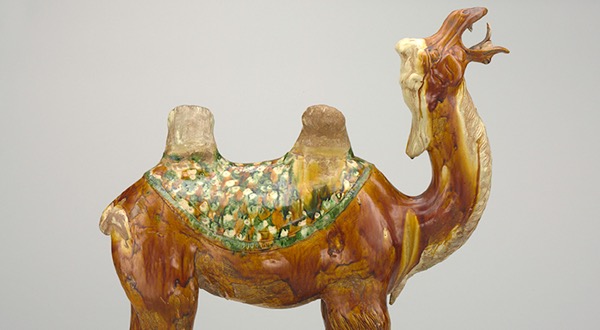 Discover 2,000 years of innovation by Chinese artists from 2nd century BCE to today in this presentation of the Asian art collection. Two galleries feature ceramics, furniture, and painting, as well as bronze, jade, and lacquer objects that showcase the beauty and strength of Chinese art. 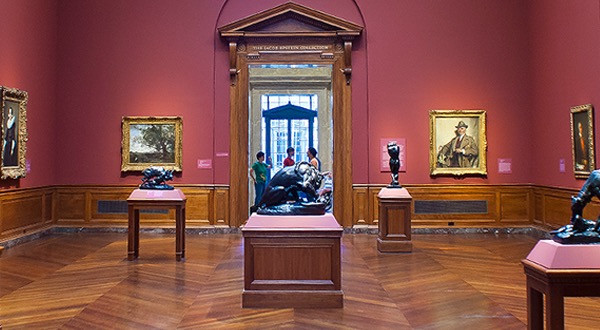 This installation features the monumental Rinaldo and Armida, one of the world's finest paintings by Sir Anthony van Dyck, as well as masterpieces by Frans Hals, Rembrandt van Rijn, and Jean Baptiste Siméon Chardin. 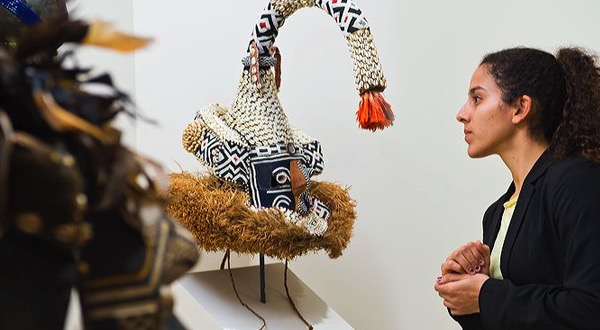 The BMA's presentation of its renowned African art collection emphasizes the relationships between 85 incredible works, many large-scale, and the lives of the people by and for whom the objects were made. Artists and diverse traditions from more than 40 African empires, kingdoms, and regions are represented.